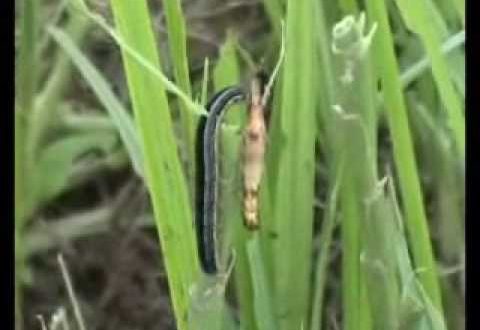 Fall Armyworm (FAW) (Spodoptera frugiperda):  FAW infestations were reported in Kenya and Malawi and its presence is likely elsewhere.

African Armyworm (AAW) (Spodoptera exempta): AAW outbreaks were not reported in the central and southern Africa.

FAW infestations were reported in Western, Rift Valley and Central regions in Kenya; Lakeshore and Shire Valley regions in Malawi. Affected farmers carried out control with material and technical support from MinAgri. There were no reports of FAW outbreaks in Tanzania, Mozambique, Zambia, and Zimbabwe during thit time; however, low incidences of the pest infestation might have occurred on irrigated maize. No update was received elsewhere at the time this bulletin was compiled; however, there is a likelihood of FAW infestation in seasonal and irrigated fields across different regions where it is established since it was first detected on the African continent in early 2016.

No AAW infestations were reported in southern and eastern Africa and no reports were received from other regions at the time this bulletin was compiled. However, limited activities may have occurred in the Horn and elsewhere during this time.

FAW is likely to continue being a problem to irrigate and or seasonal crops across the globe, and continued surveillance and timely interventions remain critical to minimize any major threats/damage the pest could pose.

The pest will likely continue with its presence in parts of northern Ethiopia, southern Eritrea, etc., but significant damage is not expected.