The African armyworm moth, Spodoptera exempta is one of the most devastating crop pests in eastern Africa. It is the caterpillar or larval stage that causes such havoc, voraciously feeding on maize, wheat, sorghum, millet, rice and pasture grasses.

African armyworm have been reported throughout sub-Saharan Africa (see map belowto the right), however the majority of outbreaks occur on the eastern half of the continent, and especially in Tanzania, Kenya and neighbouring countries.

Like the infamous desert locust, the African armyworm has such a major impact because the adult stage (a moth) is highly migratory and the location, timing and magnitude of its outbreaks are difficult to predict.

During the long dry season (c. May to September), armyworms occur at very low densities in coastal regions, and other areas where green vegetation is available all year round.

The first outbreaks of the season occur when moths from these low-density populations are concentrated by the convective winds associated with the first rainstorm of the short rains in October-December. These first outbreaks generally occur in identified primary (10) outbreak areas in Tanzania and Kenya. They then spread sequentially across the continent at roughly monthly intervals over a period of 5-8 months, as successive generations of adult moths migrate on the prevailing winds and initiate new high-density larval outbreak cycles (Figure 1).

The number of outbreaks varies considerably between countries and from year to year, but there are some clear patterns. For example, when the number of outbreaks in Tanzania is high, they also tend to be high in neighbouring Kenya (Figure 2), which is due in part to moths migrating between the two countries.

The most reliable predictor of the annual magnitude of armyworm outbreaks in East Africa is the amount of early-season rainfall: when the rains in November-December are heavy and frequent, relatively few armyworm outbreaks occur throughout the region, whereas when the early-season rains are poor, outbreaks are much more common and widespread (Harvey & Mallya 1995). The exact cause of this relationship has yet to be established. 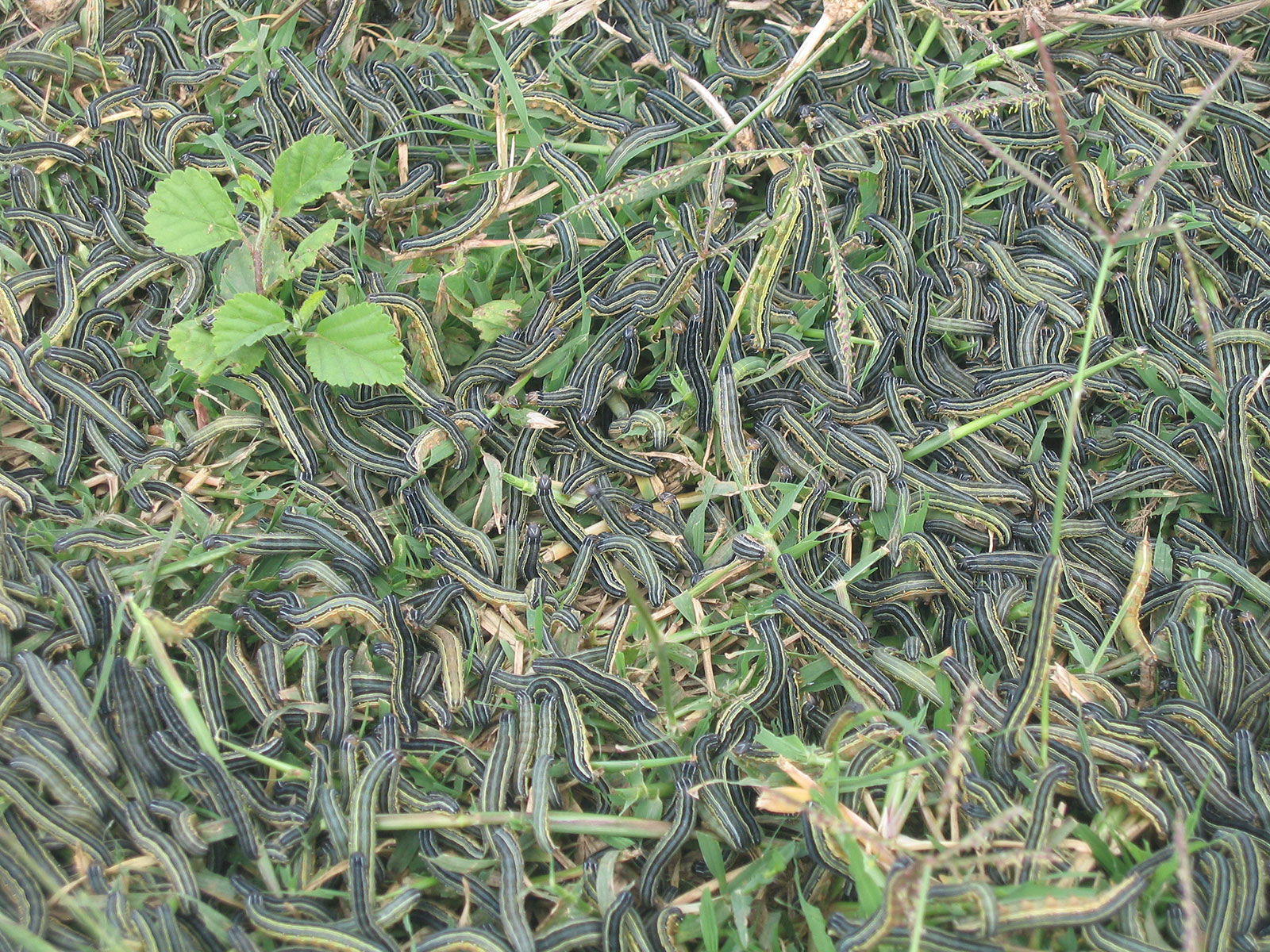 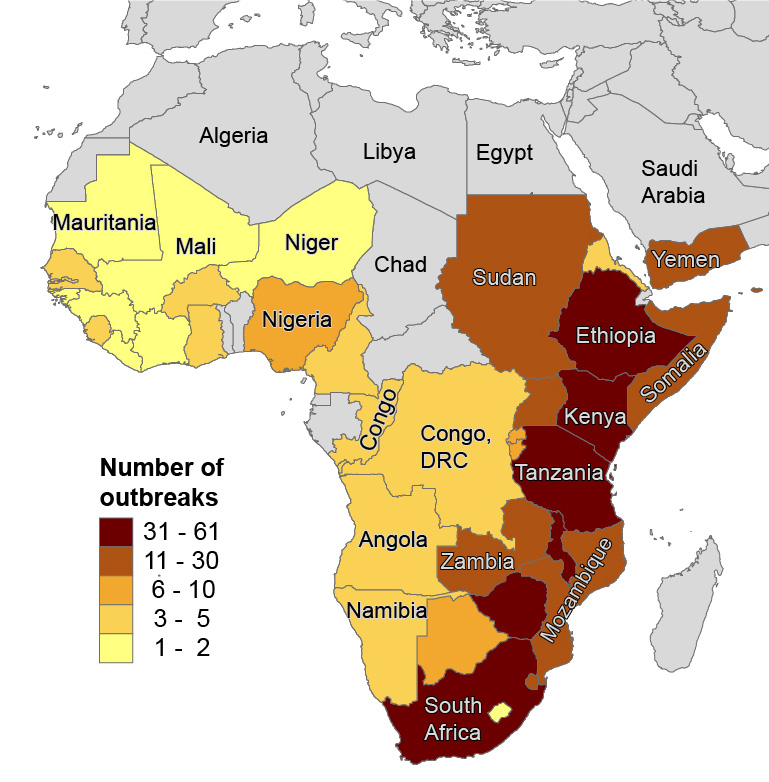 Map showing the distribution of African armyworm outbreaks in Africa (data from Figure 3 in Rose et al. 2000, and Haggis 1984).

The main management tool for armyworm is the application of imported chemical pesticides.

However, recent studies have shown that chemical insecticides are too costly for 70% of smallholder farmers in Tanzania (Njuki et al. 2004), many of whom are women growing cereals that form the most important element in the family food supply for poorer households.

An alternative method of control for armyworm is a recognised National priority for many of the countries affected.

What are the alternatives to chemical insecticides?

Whilst the need to control crop pests is well recognised, there is a growing realisation that reliance on chemical insecticides has major limitations.

High cost limits the availability of chemical insecticides to poor subsistence farmers, and their use has negative impacts on non-target organisms, including beneficial insects, livestock, wildlife and man, as well as on the environment as a whole.

As a result, increased effort has been channelled into the development of highly effective alternative control methods, including the use of microbial biopesticides.

These are biological control agents that are natural pathogens of the target pest species, and include entomopathogenic fungi (such as Green Muscle®), bacteria (including Bt) and viruses (including commercially available baculoviruses – NPVs and GVs).