How do the two species differ?

How do you tell the species apart?

Both species belong to the same genus, Spodoptera, and this is reflected in their similar morphology. Both species lack body hairs and come in a range of colour morphs as larvae. The African armyworm (AAW) larva ranges in colour from green to brown (or even green and brown) at low larval densities, to velvety-black (along dorsal surface) when crowded, with pale longitudinal stripes along its sides. Fall armyworm (FAW) larvae vary from green to dark green, pinkish, brown or dark brown (never black) with paler green longitudinal stripes. The key distinguishing features of the larval stage is that FAW larvae have four highly-visible dark spots in a square on the 8th segment; also, looking at the larva from the head-end, there is a clear pale inverted-V on the head capsule.

In the adult moth stage, both species are grey or brown with irregular markings.

How do the two species differ in behaviour?

The two species differ in their host plant range. AAW feeds almost exclusively on cereals, including maize, wheat, sorghum, millet and rice, as well as pasture grasses and sugar cane; in fact it could be argued that AAW has a preference for wild grasses (especially Cynodon spp.), and attacks maize and other cereals only when suitable grasses are not available. In contrast, FAW also feeds on a wide range (>80 species) of other host plants, including cotton, Irish/white potato, tomato, tobacco, spinach, crucifers, chrysanthemum, cucurbits, cucumber, sweet potato, common bean, cowpea, soybean, groundnut, banana, ginger, etc. We do not yet know what the host-range of FAW in Africa will be. For example, will FAW switch to high-value crops when the maize crop is finished, and will the wide range of crops grown by smallholder farmers (e.g. beans, potatoes, tomatoes, etc.) be attacked as well as their principle crop of maize. FAW are also cannibalistic as late-stage larvae and so may eat each other during encounters. This is why you rarely see more than one of two fully-grown FAW on a maize plant.

The two species also differ in the parts of the plant they eat. For example, whereas AAW will only ever feed on the vegetative parts of the maize plants (specifically, the leaves, often stripping them bare), FAW start by eating the leaves (often resulting in circular holes in the leaf), they quickly move to the growing points of the plant (hiding in the whorls or funnel), and ultimately end up feeding on the reproductive structures (silks, kernels, cob). This latter trait means that it is often difficult to locate the growing larvae, buried deep within the plant. This also makes it difficult to control the pest with contact insecticides.

Both species are highly migratory in the adult moth stage, often migrating long distances between outbreaks. However, whereas AAW is an obligate migrant (migrating at every generation), FAW is more a facultative migrant, and may breed all year round in suitable habitats in its native range (e.g. Brazil, Mexico, etc). We do not yet know if FAW will do the same n Africa, but the fact that regular outbreaks have been reported in Nigeria over a 12 month period, suggests that this will be the case.

Both species are attracted to pheromone traps with appropriate lures, but are not attracted to the pheromones of the other species, so species-specific pheromone lures will be needed. 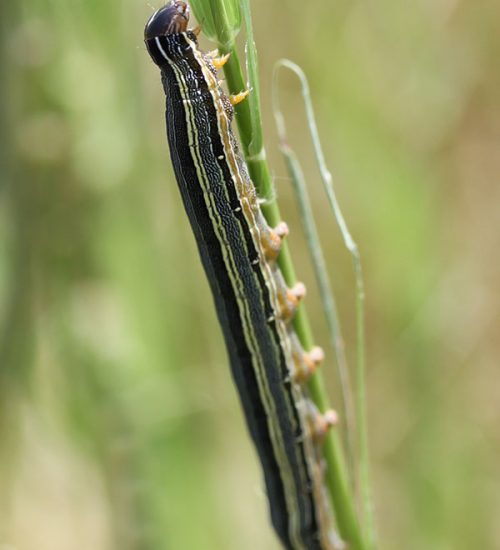 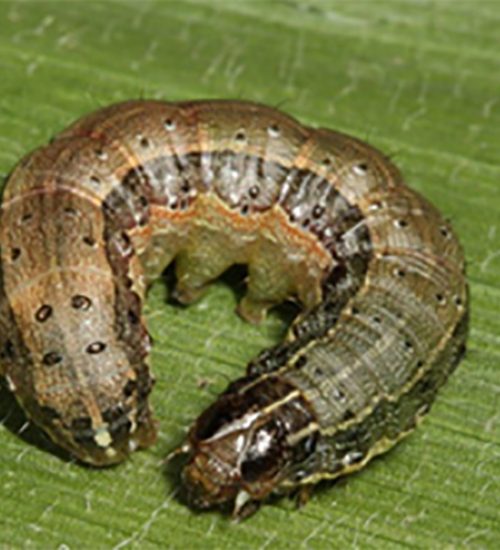