Conventionally, armyworm control is implemented when the caterpillars are feeding on food crops, with the aim of reducing losses. However, there is the potential for an alternative strategy for reducing armyworm impact: “strategic control”.

With this strategy, the pest is controlled in primary outbreak areas early in the armyworm season, regardless of which host plant it is feeding on, with the aim of preventing these infestations from acting as source populations for future pest outbreaks at the same sites or elsewhere (Rose et al. 2000).

Strategic control is longer-term and indirect, and is particularly appealing for migratory pest species because it can help to limit the geographical spread of the pest, so allowing resources for control to be better focussed.

African armyworm moths are highly migratory and can fly 100 km or more per night over several consecutive days (Rose et al. 2000). Their movements are largely governed by the seasonal progression of the inter-tropical convergence zone (ITCZ).

Thus, armyworm outbreaks in southern and central Tanzania act as “source” populations for moths that will migrate to northern Tanzania and Kenya (Figure 1). The offspring of these moths will ultimately migrate further northwards towards countries such as Sudan, Ethiopia, Somalia and Yemen; they also move southwards towards South Africa.

So, by controlling early-season outbreaks over large areas of central/southern Tanzania, it may be possible to prevent subsequent outbreaks from occurring in other parts of Tanzania and the rest of Africa later in the season.

Whilst strategic control of armyworm appears to be both desirable and economically feasible (Cheke & Tucker 1995), there are a number of problems associated with implementing this policy using conventional chemical insecticides.

First, it is undesirable to inundate the environment with large amounts of toxic chemicals that could provide a health risk to humans and their livestock, as well as to beneficial non-target insects and wildlife.

Second, it is unlikely that enough of the key outbreaks could be controlled using conventional insecticides, due to restrictions associated with spraying chemicals in National Parks and other sensitive wildlife areas, as well as the high costs of chemical insecticides.

However, neither of these problems is associated with armyworm control using NPV, due to the benign nature of the product (it is entirely safe to humans and livestock) and its relatively low cost (around US$3 per hectare for field-produced virus). 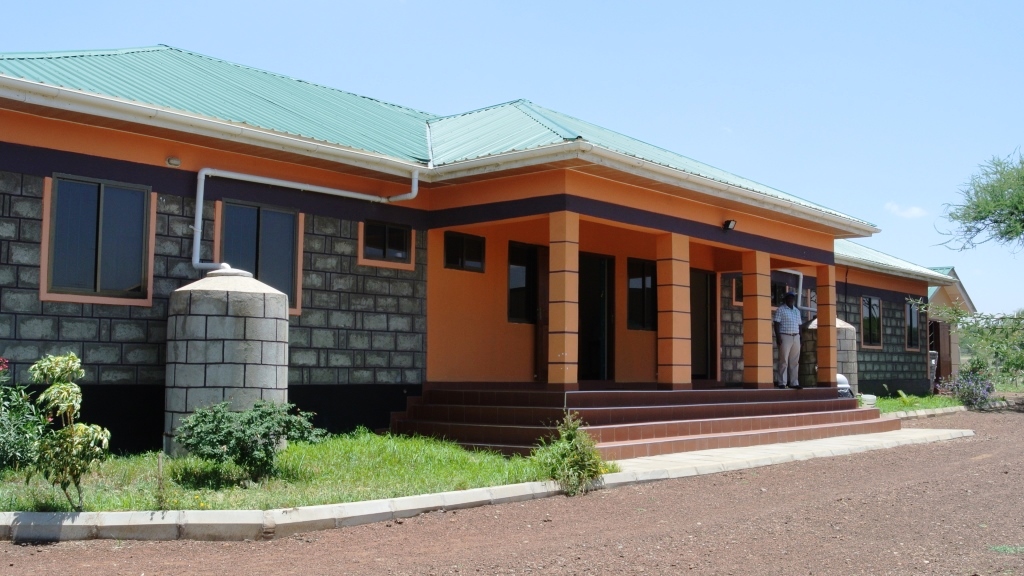 SpexNPV also has a number of potential benefits not offered by conventional chemical insecticides.

In particular, unlike chemical insecticides, the virus is self-replicating. This means that it not only kills the caterpillars targeted during the control operation, but also produces new virus OBs which then become available to infect new hosts several days later (‘secondary cycling’) – the infected insects effectively become small ‘factories’ producing millions more baculovirus particles.

In addition, moths that are sub-lethally infected as larvae appear capable of passing on lethal infections to their offspring, via vertical transmission of the virus through the ova (Vilaplana et al. 2009).

So, not only does SpexNPV result in effective control of armyworms in situ, but it may also provide a mechanism for controlling future outbreaks at the same site or elsewhere, as the virus migrates from outbreak to outbreak with sub-lethally infected moths.

Moreover, it potentially points to a novel approach to biological control by deliberately applying sub-lethal doses of virus to early-season outbreaks, with the aim of generating sub-lethal infections in adult moths that could disseminate virus to distant outbreaks where virus epidemics might be triggered.

Importantly, using field-based techniques, we estimate that SpexNPV could be manufactured for something in the region of US$3 per hectare, compared with US$10+ per hectare for most chemical insecticides.

Although a large-scale, strategic approach to pest management poses many logistical challenges, especially in Africa, there are a number of examples were an area-wide approach to pest control has proved extremely successful and highly cost-effective, including screwworm eradication in North Africa (e.g. Lindquist et al. 1992) and cassava mealybug control in West Africa (e.g. Neuenschwander 2001).

With funding from DFID’s Research Into Use programme, a baculovirus processing plant has recently been constructed in Arusha, under the direction of Crop Bioscience Solutions Ltd., Tanzania. This is the first step in the process of producing large quantities of SpexNPV in powder form for long-term storage and country-wide application.