This involves locating wild populations of the insect and then ‘seeding’ them with a lethal dose of virus by aerial or ground spraying. The virus then replicates within the hosts in the field and the virus-killed insects cabn be harvested a few days later, just like any other ‘crop’. This method was pioneered during the mid-1980s by EMBRAPA in Brazil, where it is currently used to produce >40 tonnes of baculovirus each year to protect 2 billion hectares of Soya bean crop against the velvetbean caterpillar, Anticarsia gemmatalis. Using this approach, the biopesticide can be produced in Brazil at a cost of just US$1.26 per hectare (compared to >US$10 per hectare for factory-produced chemicals and baculoviruses).

This is the model we hope to adopt for producing SpexNPV, and pilot studies have indicated that we can do so for a cost of less than US$3 per hectare (Mushobozi et al. 2005). 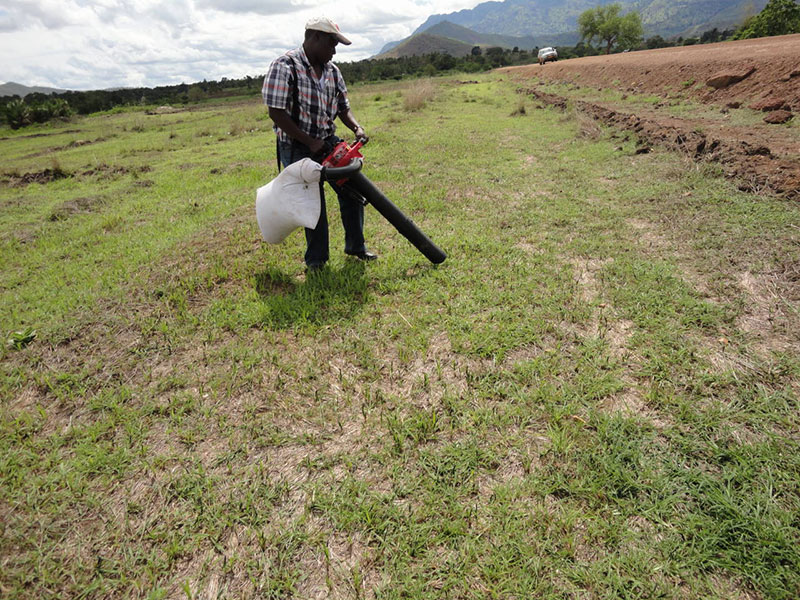